Most snow removal by individuals is clearance of driveways and walkways. After heavy snowfalls, snow may be removed from roofs to reduce the risk of structural damage due to the weight.

Shovelling entails a considerable amount of physical effort and can strain the back and the heart. Snow blowers are often used by people unwilling or unable to perform this labour; people with large driveways or other substantial surfaces, and people who live in areas with long lasting winters with large amounts of snowfall. Others may hire a contractor with a plow bearing truck or a shovel. After a large snowfall, businessmen with plow trucks often drive through cities offering to plow for money.

Removing ice is more difficult. Snow blowers are usually ineffective at clearing ice. Picks are sometimes used, but a solid spade can break through most ice. There is always the risk of damaging the pavement with these instruments. Icy areas can be covered with salt or some other substance, bags of which are widely available.

A recent technological advance is the snowmelt system that heats the pavement from below and melts snow and ice after a period of time. Such systems are expensive to install and operate and they are not cost effective in areas with very low winter temperatures and large snowfalls.

Some governments offer free snow clearing for the elderly and others in need. In some cities, snow clearing for elder and handicapped residents counts towards community service hours assigned as a punishment for minor offences.

In some places, laws require homeowners to clear snow from the public sidewalk in front of their house, as well as a pathway on their own property to their mailbox. Those who fail to do so, depending on the jurisdiction’s laws, may experience fines and may be civilly liable for injuries suffered by another on a surface that they were required to clear. In some jurisdictions, such as New York, private home owners who shovel are held civilly liable for others’ injuries incurred by falling in areas that have been shovelled.

Cleaning off and freeing one’s vehicle is another matter. Some people who need their vehicles will only do barely what is necessary in order to drive the vehicle and remove it from its space. Failure to clear all the snow and ice from a vehicle causes hazards by impairing the driver’s visibility, and ice from the roofs of driven vehicles can cause crashes. In some jurisdictions, motorists who fail to clear snow from their vehicle entirely may be fined. Others may be more thorough in this process.

Air-Flo’s growth and success is attributed to the company’s manufacturing core objectives that the original founding brothers developed. The focus on innovative design, quality construction, and competitive pricing has served the company well in the past, and continues as a guide today. 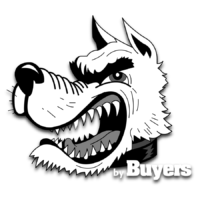 By taking care of their customers, Buyers stays on the cutting edge of innovation and offering incredible value, they have grown from a modest distributor of truck parts – into a leader in the truck equipment industry. Buyers stands behind their brands with the power of a strong family of companies working together to offer the broadest range of products in the industry. 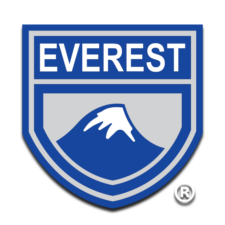 Everest Equipment designs and manufactures a wide range of top-quality snow removal and ice control products, backed by the industry’s strongest dealer network, to help their customers maintain safe and efficient roads. The Company’s products are at the forefront of snow removal equipment technology. Everest markets its products under some of the most trusted brands in the industry. 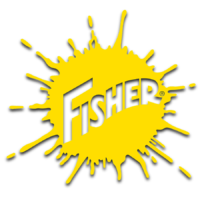 Dedication to high quality products and unparalleled service has been a Fisher tradition from the start. A proven and a trusted company, Fisher Engineering has been producing snow plows, as well as hopper and tailgate mounted ice control spreaders, for more than 70 years in the coastal city of Rockland, ME.

A century in the making, Henke Manufacturing has evolved to become an industry leader in designing and building a full line of first quality, commercial duty snow management equipment and allied products.

In 1926, Meyer Products began building snowplows on a farm in Newburgh, New York. It was then and there Meyer became the innovator, and pioneer in manufacturing highly reliable snow and ice control equipment.
LEARN MORE
MANUFACTURER'S WEBSITE

Monroe Truck Equipment, Inc. (MTE), established in 1958, has grown the fastest and become one of the largest because of their “HANDS ON” management style, flexibility, sense of urgency and willingness to listen and react to their customers.